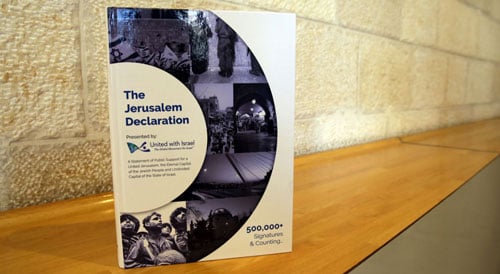 We therefore want to thank Prime Minister Benjamin Netanyahu and Jerusalem Mayor Nir Barkat, for their strong support in maintaining Jerusalem as a unified capital city under Israeli rule. We ask both Mr. Netanyahu and Mr. Barkat, as representatives of the People of Israel, to continue to do everything in their power to maintain and strengthen a united Jerusalem for the benefit of the State of Israel, the Jewish people and the entire world.