Blog Spot The Only Way to Peace is Jewish Unity 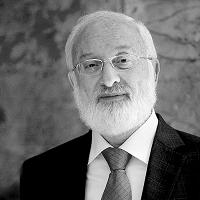 Just as we once lost the Temple and our land because of our own hatred for one another, we must now come together if we wish for some peace and quiet.

As the Temple Mount crisis continues, many are concerned that we are facing yet another round of the violence and bloodshed of which we have become so weary. Again and again Israel faces the reality of conflict and strife, and the road to some peace and quiet seems as blockaded as ever. It is time to ask some very deep questions, to get to the root of our existential uncertainty, because, as a famous Jew named Einstein once said, “We can only solve this problem with a higher level of thinking.”

Our history is not easily grasped by the rational mind: Exiled numerous times from our land, dispersed amongst all other nations for millennia, survived countless persecutions and a most enigmatically terrible holocaust, only to return to our homeland once more and rebuild it from desert land into a thriving modern country. Even as the state of Israel was declared, a war broke out. Five different armies of surrounding Arab countries attacked the fledgling state, that had no army, no resources, just a group of refugees who had recently escaped the greatest genocide in history, fighting for their lives. That victory against all odds was just one in a series of miraculous victories the Israeli state managed to achieve against its perpetrators, to this day.

But this magic is once again dissipating. Are we on the way to another great exile? Some of our greatest sages say that we are. Rabbi Yehuda Ashlag wrote that “our entire reality in the State of Israel is in danger… few will be able to withstand the hardships of our land whilst they have the option to immigrate… Gradually, they will escape this suffering until the population left will not be enough to call it an independent state, and they shall, God forbid, be immersed among the Arabs” (Writings of the Last Generation).

Such an unfavorable turnout is indeed possible, unless we awaken to the real causality behind this seesaw effect, where Jews are both enigmatically persecuted as well as miraculously saved. Our woes and our triumphs are equally beyond understanding. What can explain such an irrational tale? What is the real reason behind our peculiarity?

The Enigma of the Jews

Many have pondered the enigma of the Jews. Leo Tolstoy, for one, wrote of them:

“What is the Jew? … What kind of unique creature is this whom all the rulers of all the nations of the world have disgraced and crushed and expelled and destroyed; persecuted, burned and drowned, and who, despite their anger and their fury, continues to live and to flourish?”

The answer is that we are a people with a unique higher purpose. As Rabbi Yehuda Ashlag writes: “Judaism must give something new to the nations, and that is what they expect from the return of the people of Israel to their land, and it cannot be found in other wisdoms, for we have never been able to add to those and are not their students. It is the wisdom of faith, justice and peace which most nations learn from us, and this wisdom is ascribed to us alone”(Writing of the Last Generation).

Indeed this is no ordinary nation, but one which carries a great role and responsibility. Although we shirk and repress it, the nations of the world still hold us accountable, directly or indirectly. The wisdom of how to reach true harmony and peace exists within us, and is waiting for us to remember it and use it for the sake of all. When we unite amongst ourselves and advance towards our higher purpose our fate smiles upon us, but when we tarry, we face pressures that signal to us that we have strayed.

The last time the Temple Mount was ours was around 2000 years ago, when we lost it as well as our hold of the land of Israel because of the separation and hatred that existed in our hearts. To regain our strength and security this is what we must tend to. Politics and security measures will never be enough. We can only solve this conflict and all others, by going to the root of who we are, and what it is that we have inside us that everyone is expecting of us to realize.

Our role is to create a model society, where “love covers all crimes,” (Proverbs 10:12), where connection and contribution are valued above wealth, power and personal success. Instead of basing our society upon the laws of the British mandate or other foreign systems, they need to be based upon the values of Israel- that derive from the equality, love and compassion that is in our roots. Not the divided, imbalanced and indifferent society of today, but a real nation, united by love and mutual care, with a responsibility to share it with the whole world.

In his speech for the completion of the Zohar, Rabbi Yehuda Ashlag wrote that the land of Israel was given to us and yet we have not received it, for it was given only as an opportunity to return to our higher purpose and rebuild the infrastructure not of cement buildings, but of love and connection between us. This opportunity, he explains is not without expiration, and time is running out. Israel was given a chance to achieve its goal and the world praised and supported it for a while. However, since 1967 international support of the state of Israel drastically declined. We have reached a point where UNESCO is determining Israel’s most holy Jewish sites, such as the Kotel and the cave of the Patriarchs, as Palestinian heritage sites. If the very existence of Israel were brought to a vote today, there is a great doubt whether the nations of the world would support it.

This pressure will not end until we come together, until we see through the seemingly irrational reality of our lives, and understand that the solution too is unordinary. When we are bonded together, we succeed. When we forget who we are and fall into separation and hate- our enemies come upon us. Our unity is our strength, and when the love of Israel is revived between us, above all differences, no enemy can harm us, and we will find that the road to peace is open.

As it is written “When there are love, unity, and friendship between each other in Israel, no calamity can come upon them” (from the book Maor VaShemesh).