The moving tunes used for the Yom Kippur prayers are a main priority in the service, arousing our souls to a higher level of spirituality. 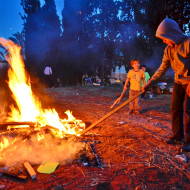 There are several fascinating explanations regarding the meaning of Lag b'Omer and why 'holy fires' play such a prominent role. The small village of Peki'in, now mostly populated by Druze, contains one of the most sacred places for Jews and followers of Jewish mysticism, or Kabbalah. English director Guy Ritchie reveals his Hebrew prowess during an ‘Aladdin’ interview. By United With Israel Staff Guy Ritchie has a long list of reasons he is known worldwide. He is an English film director, film producer, screenwriter, and businessman. He is also Madonna’s ex-husband. Lesser known is that Ritchie speaks Hebrew! During an interview... END_OF_DOCUMENT_TOKEN_TO_BE_REPLACED Tzfat, one of Judaism's four holy cities, has something for everyone! Much more than hearts and flowers! Discover the unconditional love symbolized by Tu B’Av and how it can elevate the world. 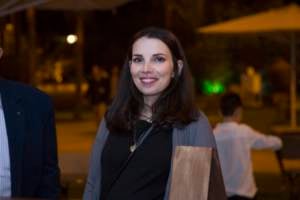 Gal Gadot may be an actress playing in a fantasy film, but the truth that this story tells of human nature stems deep in her Jewish roots and is vital for our world today. This video focuses on the beautiful, mystical city of Safed in the Upper Galilee in northern Israel. People of diverse religious and ethnic backgrounds from around the world met in Israel to laugh, dine, and discuss ways of making the world a better place.

Tzfat is literally covered in spirituality. A tour of the city would be a wonderful addition to any visit to the Galilee. Angels are seen to play an important role in preserving the relationship between God and humans. They frequently carry Divine messages intended for people.