An Israeli army officer stands with a US counterpart during a drill of the Home Front Command in Holon, Israel, May 28, 2013. (Yossi Zeliger/Flash90) 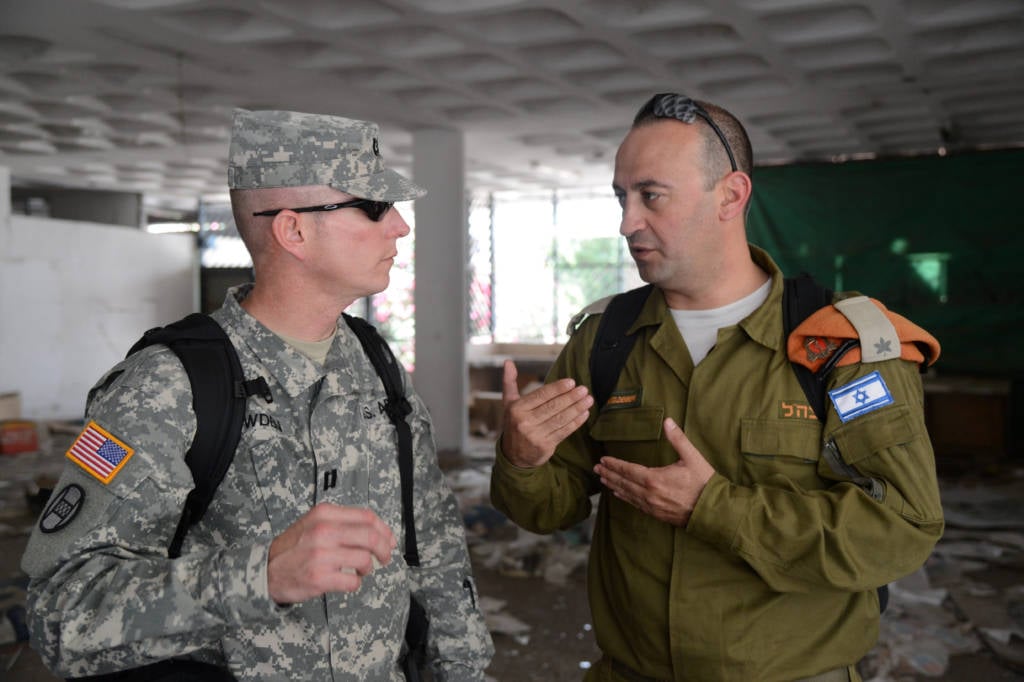