The ICC is threatening to rely only on Palestinian accusations in its decision over whether to probe allegations of Israeli war crimes committed during Operation Protective Edge if Israel doesn’t provide information. The International Criminal Court (ICC) is pressuring Israel to cooperate with its probe into Palestinian allegations about war crimes committed by Israel. In the meantime, the Palestinians have produced no proof for their accusations.

The prosecutor of the International Criminal Court (ICC) warned Israel Tuesday that if it does not provide reliable information for her preliminary probe into alleged war crimes committed by Israel during Operation Protective Edge she may be forced to decide whether to launch a full-scale investigation based solely on Palestinian allegations.

Fatou Bensouda said in an interview with The Associated Press that she has not received any information yet from either side regarding last summer’s IDF campaign in Gaza to uproot Hamas’ terror infrastructure, and urged Israel and the Palestinians to provide information to her.

As part of their diplomatic warfare against Israel, The Palestinian Authority (PA) officially joined the ICC in April in hopes of prosecuting Israel for alleged war crimes and crimes against humanity during the Gaza conflict, so they are certain to provide Bensouda with information they claim supports their assertions.

Israel, however, has denounced the Palestinian action as “scandalous,” with Prime Minister Benjamin Netanyahu warning that it turns the ICC “into part of the problem and not part of the solution.”

Bensouda said her office is “making attempts” to contact the Israelis and to reach out to the Palestinians.

“If I don’t have the information that I’m requesting,” she said, “I will be forced to find it from elsewhere, or I may perhaps be forced to just go with just one side of the story. That is why I think it’s in the best interest of both sides to provide my office with information.”

Bensouda opened a preliminary examination in mid-January after the Palestinians accepted the court’s jurisdiction dating back to just before last year’s Gaza conflict.

She stressed repeatedly that a preliminary examination is not an investigation, calling it “a quiet process” to collect information from reliable sources and both sides of the conflict.

Bensouda said the prosecutor’s office will then analyze the information to determine whether four criteria are met: Do the crimes come under ICC jurisdiction? Are there any national legal proceedings dealing with those crimes, which could take precedence over ICC action? Are the crimes grave enough to warrant the intervention of the world’s permanent war crimes tribunal? Will it be against the interest of justice if the ICC intervenes?

“It’s really difficult to say this is going to take two months or three months, or one year or 10 years,” Bensouda said, noting that in some instances, like Libya, the preliminary examination has been very short, while in Afghanistan the preliminary probe has already taken 10 years.

Bensouda said she has already received information “from others regarding the preliminary examination,” but refused to elaborate except to say that her office is also collecting information from confidential sources, identified groups and individuals and open sources. 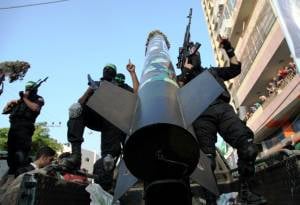 Bensouda said her office was trying to get a copy of the report “to see how it can assist us in the preliminary examination phase.” She said the report must be studied before her office can take a position on it.

Breaking the Silence’s accusations have generated a public stir in Israel and have been rewarded with resounding rebukes and refutes.

The preliminary probe has generated a lot of interest, but Bensouda reiterated her claim that the examination “will be conducted in the most independent and impartial way, devoid of any political considerations.”

She said prosecutors will be looking at the Gaza conflict but also at other issues — potentially Israel’s construction on lands Palestinians have claimed ownership to and “alleged” war crimes by the Hamas terror organization, which controls Gaza, including its firing of thousands of rockets at Israeli residential areas from crowded neighborhoods and its use of human shields. However, Bensouda has yet to say anything directly about a probe into Hamas’ terror against Israel’s civilians.