In what is ostensibly a courageous moral decision that highlights Israeli concern for all lives, the IMA has issued an immoral directive which puts the life of a murderous terrorist ahead of the lives of his victims.

Israel’s Medical Association (IMA) has issued a new and highly controversial directive ordering medical teams arriving at the scene of terror attack to treat the wounded in accordance with the severity of their wounds, even if that means treating the terrorist before his victims if they sustained lesser wounds.

The Israeli Medical Association published its directive on Wednesday, on behest of the radical-left-wing “Physicians for Human Rights” organization, which submitted an inquiry on the issue.

Until now, the operational procedure was to treat the Israeli victims first, which would appear to be the morally correct procedure.

Defending the decision, Dr. Leonard Edelman, the president of the Israel Medical Association, claimed Israeli IDF Radio that “doctors are not judges” and that politics should not be involved when making medical decisions, even though this is a highly politicized directive.

“There is no room for general directives in medicine, medical considerations should come first. A doctor should administer treatment based only on medical decisions, and this will save everyone and will serve to everyone’s benefit,” he posited.

Many doctors have reportedly voiced opposition to this directive. 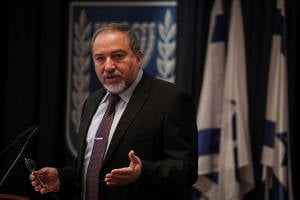 Member of Knesset (MK) Avigdor Liberman attacked the new directive in a derisive post on his Facebook page calling on those who made the decision to resign.

“I call on the heads of the IMA to resign in light of their disgraceful decision. This is an inhumane decision which attests to the decision maker’s lack of contact with reality. The decision is a display of complete lack of judgment, confusion and loss of a moral compass. It is imperative that doctors protest the decision and bring to its revision.”

Rabbi Yuval Cherlow, a leading Israeli Rabbi and a member of the Helsinki panel for medical ethics, called the new directive “a grave mistake.” He said that victims should be treated first unless there is uncertainty at the scene over which of the injured is the terrorist, which would then require that all wounded be treated on the basis of the severity of their wounds.

He said there are many instances in which the medical criteria is not the only guiding factor, and that the decision is unacceptable. “At a scene of terror we divert from pure medical guidelines, and that is as it should be.”

In practice, the new directive is usually not applicable. Terrorists at the scene of an attack are all suspected of carrying explosives on their body, as has been the case in multiple attacks. Medical teams are prohibited from treating the terrorist until a sapper arrives and clears him for treatment.

In the meantime, medical teams treat the wounded suffering from all degrees of injury inflicted on them by the terrorist.