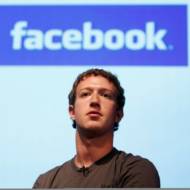 Fed up with Facebook founder Marc Zuckerberg's refusal to remove online posts that incite terror against Israelis and Jews, Israel's Minister of Internal Security Gilad Erdan said that 'part of the blood of the murdered is on Facebook's hands,' and demanded that the social media network take action. Shurat HaDin's latest effort to combat the ongoing calls on various anti-Semitic sites to attack Jews and Israelis is meant to convey to the Facebook founder that “if he ignores all the complaints, we will put them in front of his face.” 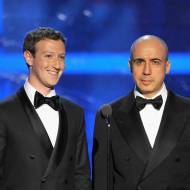 A combined total of $21.9 million was awarded at the 3rd Annual Breakthrough Prize Awards Ceremony in Silicon Valley. While posts promoting violence and anti-Semitism frequently appear on Facebook, users were recently shocked to see that a poignant pro-Israel piece was apparently removed by the management. Operation Price Tag against Facebook Israel was carried out by Rotem Gaz, aka “Mark Zuckerberg Israel,” in view of the widespread wave of Palestinian incitement taking place on Facebook. Facebook founder Mark Zuckerberg has announced that an Israeli-made AMOS-6 satellite will be launched in 2016 to bring the Internet to the poorest parts of the world, and a look at how Israel is solving the global water crisis. Israeli technology will play a key role in bringing internet to remote areas in Africa.