As U.S. President Barack Obama’s two-term presidency nears its end, The Atlantic on Thursday published a detailed analysis of his performance by Jeffrey Goldberg, including excerpts of the American leader’s comments regarding his policies in the Middle East.

If it wasn’t clear until now, Obama’s failure to achieve his goals in the region is evident in his expression of disappointment on several fronts. For example, asked what he had hoped to achieve with his Cairo speech in 2009 – which, Goldberg writes, expressed sympathy for the Palestinians and “complicated his relations with Netanyahu, especially because Obama had also decided to bypass Jerusalem on his first presidential visit to the Middle East” – the president said:

“My argument was this: ‘Let’s all stop pretending that the cause of the Middle East’s problems is Israel. We want to work to help achieve statehood and dignity for the Palestinians, but I was hoping that my speech could trigger a discussion, could create space for Muslims to address the real problems they are confronting—problems of governance, and the fact that some currents of Islam have not gone through a reformation that would help people adapt their religious doctrines to modernity. My thought was, I would communicate that the U.S. is not standing in the way of this progress, that we would help, in whatever way possible, to advance the goals of a practical, successful Arab agenda that provided a better life for ordinary people.”

Goldberg recalls Obama saying in 2011, in a speech at the beginning of the so-called Arab Spring, that “after decades of accepting the world as it is in the region, we have a chance to pursue the world as it should be.”

“But over the next three years, as the Arab Spring gave up its early promise, and brutality and dysfunction overwhelmed the Middle East, the president grew disillusioned. Some of his deepest disappointments concern Middle Eastern leaders themselves. Benjamin Netanyahu is in his own category: Obama has long believed that Netanyahu could bring about a two-state solution that would protect Israel’s status as a Jewish-majority democracy, but is too fearful and politically paralyzed to do so.”

US President Barack Obama in 2009 delivers his famous Cairo speech, reaching out to the Palestinians and the Muslim world. (AP)

“Obama has also not had much patience for Netanyahu and other Middle Eastern leaders who question his understanding of the region,” the author recounts. “In one of Netanyahu’s meetings with the president, the Israeli prime minister launched into something of a lecture about the dangers of the brutal region in which he lives, and Obama felt that Netanyahu was behaving in a condescending fashion, and was also avoiding the subject at hand: peace negotiations. Finally, the president interrupted the prime minister: ‘Bibi, you have to understand something,’ he said. ‘I’m the African American son of a single mother, and I live here, in this house. I live in the White House. I managed to get elected president of the United States. You think I don’t understand what you’re talking about, but I do.’” 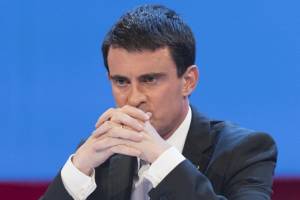 Turkish President Recep Tayypi Erdogan, among other Middle Eastern leaders, “also frustrates him immensely,” the author adds. “Early on, Obama saw Recep Tayyip Erdoğan, the president of Turkey, as the sort of moderate Muslim leader who would bridge the divide between East and West—but Obama now considers him a failure and an authoritarian, one who refuses to use his enormous army to bring stability to Syria.”

It seems that Obama initially misjudged Erdogan. Other apparent failures in the Obama strategy mentioned in the overview include decisions regarding Syria and Egypt, which disappointed allies and weakened American influence in the Middle East and globally. Those frustrated with American policy under Obama’s leadership included, for example, French Prime Minister Manual Valls, who said that U.S. inaction in Syria came as a “great surprise” and “created a monster.”

Another cited point of disagreement between Obama and Netanyahu concerns the Iran nuclear deal. “This was the argument I was having with Bibi Netanyahu,” Obama told Goldberg in an earlier interview, insisting that he would have struck Iran’s nuclear facilities “if he saw them “break out.” As Goldberg explains, “Netanyahu wanted Obama to prevent Iran from being capable of building a bomb, not merely from possessing a bomb.”

Among a number of reports regarding the Islamic Republic’s blatant disregard of the nuclear accord, Iran’s Fars news agency said Wednesday that its military test-fired two ballistic missiles at a target some 1,400 kilometers (870 miles) away, with the phrase “Israel must be wiped out” written on them.