An upgraded free trade agreement between Canada and Israel will benefit both parties while underscoring the close relationship shared by the two allies.

Canadian Prime Minister Stephen Harper announced Tuesday that negotiations toward an expanded Canada-Israel Free Trade Agreement (CIFTA) have concluded with an upgrading of the accord in order to meet the current requirements of both countries.

The upgraded CIFTA will provide expanded market opportunities for Canadian agricultural, fish and seafood products through the reduction or elimination of Israeli tariffs on a large number of products, according to a statement by the Canadian Prime Minister’s Office.

Four existing areas of CIFTA have been modernized, and seven new chapters have been included in the areas of trade facilitation, sanitary and phytosanitary measures, technical barriers to trade, intellectual property, electronic commerce, labor, and environment.

“Israel is a priority market for Canada and holds great potential for Canadian companies in a variety of sectors. An expanded and modernized free trade agreement will lead to a strengthened bilateral relationship as well as an increase in jobs and opportunities for Canadians and Israelis alike,” Harper said.

“Canada values its longstanding relationship with Israel, which is based on shared values, common interests and strong political, economic, cultural and social ties,” the government statement added. “CIFTA is the cornerstone of Canada’s commercial relationship with Israel. An expanded and modernized agreement will further enhance Canada’s visibility and terms of access in the Israeli market, while supporting the close bilateral relationship more generally.” 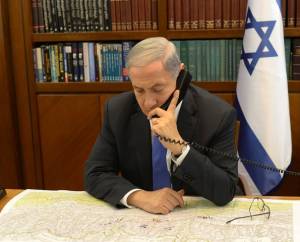 Since CIFTA came into force in 1997, Canada’s two-way merchandise trade with Israel has tripled to $1.6 billion in 2014.

Prime Minister Benjamin Netanyahu called Harper on Tuesday following the announcement, telling him: “Canada is one of Israel’s closest friends. We deeply appreciate our extensive and deep cooperation with the Canadian government, which has flourished in recent years and of which the free trade agreement is but one example. This expanded and modernized agreement will further energize the trade between our countries to the benefit of both our peoples.”

Canada, as opposed to other allies of Israel, refuses to remove sanctions against Iran since the signing of the nuclear deal between Iran and the P5+1 last week. Like Israel, Canada remains skeptical of the agreement. “We will continue to judge Iran by its actions, not words,” Canadian Foreign Minister Rob Nicholson stated last Wednesday. “Iran continues to be a significant threat to international peace and security owing to the regime’s nuclear ambitions, its continuing support for terrorism, its repeated calls for the destruction of Israel, and its disregard for basic human rights.”