Israel’s film industry can proudly pat itself on the back after producer Hagai Levi won a Golden Globes award for his TV series, “The Affair”. 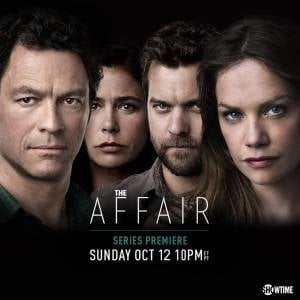 Israeli producer Hagai Levi received one of the biggest honors in the television industry Sunday night when he won a Golden Globes award for his television show, “The Affair.”

The award-winning series dramatically follows an affair between two married people and the effect that it has on their respective marriages. It is told from the different perspectives of the man and the woman.

“The Affair” beat four longer-running and well-loved nominees – “Downtown Abbey,” “Game of Thrones,” “The Good Wife” and “House of Cards.”

Ruth Wilson, one of the stars of “The Affair,” picked up the award for best actress in a drama series.

Levi, a prominent figure in Israel, is known for his successful “In Treatment” series, an American rendition of the Israeli “BeTipul.”

Levi told Israel’s IDF Radio Monday morning that his initial reaction to the announcement of his award was one of surprise. “It was the last thing I expected,” he said.

He believes the series may have won because it’s new and was running up against some older ones. “The Golden Globes has a tendency to focus on new series,” he explained.

Levi revealed that he has other projects in the works. As for the Golden Globes award, “I promised my daughter that we would put it in her room, so that’s probably what will happen,” he said.

Israel’s film industry did experience disappointment, however, when the acclaimed “Gett: The Trial of Viviane Amsalem,” produced by Israelis Ronit and Shlomi Elkabetz, lost the Golden Globes for best foreign language film to Russia’s “Leviathan.”