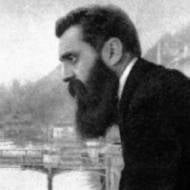 Al-Habbash also claimed that Herzl came to Palestine and found 'culture and progress,' according to Palestinian Media Watch. Doctors noticed that 'the two had matching scars on their chests from similar shrapnel wounds sustained in battle, Ynet reports. Out of pure spite, the Jordanian Arab legion blew up the two tallest synagogues in Jerusalem in 1948. One was already rebuilt, with restoration of the second launched this week. See how the modern Jewish state was forged by daring warriors fresh off the battlefield in World War II. Experience the news created when the state of Israel was reborn! 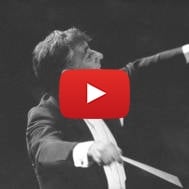 While Broadway legend Leonard Bernstein delighted the world with his music for decades, many are unaware of his role in Israel's War of Independence! Learn everything you need to know about the Balfour Declaration as Israel gets ready to celebrate the historic document's 100th anniversary. A Palestinian official confirms it was Jews, not Arabs, who played on a Palestinian team in the 1930s, before the creation of the modern State of Israel in 1948.

This video explains the entire background to the war, including the details of the profound threat that faced the State of Israel. In honor of Jerusalem Day, the World Jewish Congress produced a film showing the beauty of Jerusalem over a century ago. Robert Kennedy fought to bolster Israel's security and was killed by a Palestinian terrorist for that, his daughter Kathleen Kennedy Townsend said. There was never a 'Palestinian nation' that the Jews could 'occupy.' July 24, 1922, marks the 94th anniversary of the affirmation of Jewish self-determination by the League of Nations. Focused on the 'Palestinians,' the world has largely ignored the 820,000 Jewish refugees expelled from Arab lands at the time of Israel’s War of Independence. Besides organizing anti-Israel protests across the country on "Nakba Day," mourning the establishment of the Jewish state in 1948, Palestinian arsonists caused a huge fire in the Jerusalem area, destroying vegetation. 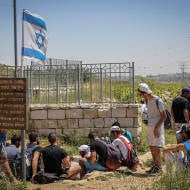 Memorial Day in Israel happens to be on the day in which Kfar Etzion fell to the Jordanian Arab Legion, which massacred hundreds on that day in May, 1948. This week marks Hebrew Language Day, set on the birth date of Eliezer Ben-Yehuda, who is credited for the incredible revival of Hebrew as a spoken language.